Decorator sues Caerphilly council for exposing him to asbestos

Vernon Jenkins, 57, is suing Caerphilly council for more than £300,000 after developing asbestos-related cancer.

Mr. Jenkins proclaims that he was exposed to enormous amounts of asbestos whilst working as a council painter and decorator. Vernon admitted that he started working for the council in 1975 and that it wasn’t until 1985 when he moved to join the council’s asbestos removal team that he realised his exposure. Evidence clarifies that in 1985 he was removing asbestos-contaminated decorations and fittings that he had put up himself. This involved being dressed from head to foot in protective gear and breathing apparatus, he even admitted that he even stripped asbestos out of boiler rooms where he had previously eaten his lunch.

Since being diagnosed with the incurable cancer of the lungs known as mesothelioma, Vernon’s condition is rapidly deteriorating. His family are now working with others about the risks of asbestos, and raising money for Asbestos Awareness and Support Cymru (AASC). He is also claiming more than more than £300,000 compensation from the council for his pain and suffering, he has been off work sick since October 2014. 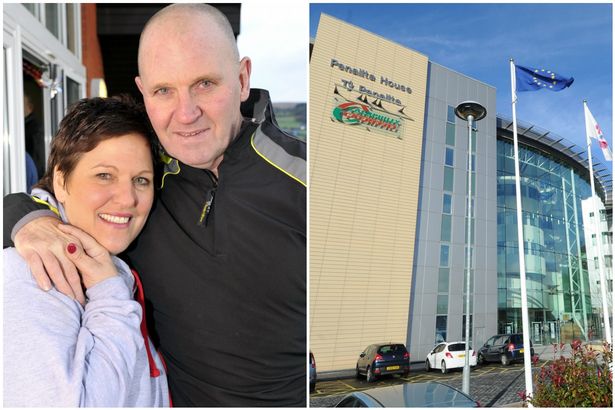