Older buildings and property are likely to contain asbestos

How often do we find asbestos in buildings and property? The answer is probably more often than you think…

As an independent asbestos surveying company for over 30 years, we broadly find asbestos in 90% of all buildings and properties that we survey.

That’s generally the same for both domestic and commercial properties.

Over 4000 asbestos products were used in domestic and commercial properties throughout the UK.

These products started appearing in the early 1900’s. However, from after the second world war, from the 1950’s until the 1970’s, asbestos products were used in the majority of properties in the UK.

The frequency of use started to reduce until late 1999 when all asbestos use was banned in the UK.

Many asbestos products that were installed are still present today, despite the fact we have been removing asbestos for 40 years.

In the UK, the law on asbestos (Control of Asbestos Regulations 2012) makes it mandatory for all commercial premises built prior to 1999 to hold an asbestos management plan.

This management plan is produced once you have an adequate asbestos survey conforming to HSG 264 standards.

Managing any asbestos in buildings

Any asbestos in buildings must be managed and re-inspected on a regular basis, or at least annually according to HSE Guidance.

And any pre 2000 build property (domestic or commercial) which is being refurbished, by law must have a more detailed ‘refurbishment/demolition asbestos survey‘.

As a general rule, asbestos in commercial and domestic properties is most likely to be in those constructed between the 1950’s and the early 1980’s.

As we moved through the 1990’s, the amount of asbestos used in construction started to drop off significantly, and it is rarely found in buildings constructed after the year 2000.

It’s important to note that If you are buying, selling or renting property that you will need to be aware of asbestos and its possible presence.

Should you rent commercial property, then it’s likely you will have the responsibility to look after and manage the asbestos as part of the lease agreement.

If you are a contractor, then before you commence work on any type of property (built pre 2000) you should have an appropriate asbestos survey in place.

You are not legally allowed to work on asbestos products unless you hold a license or are specially trained. 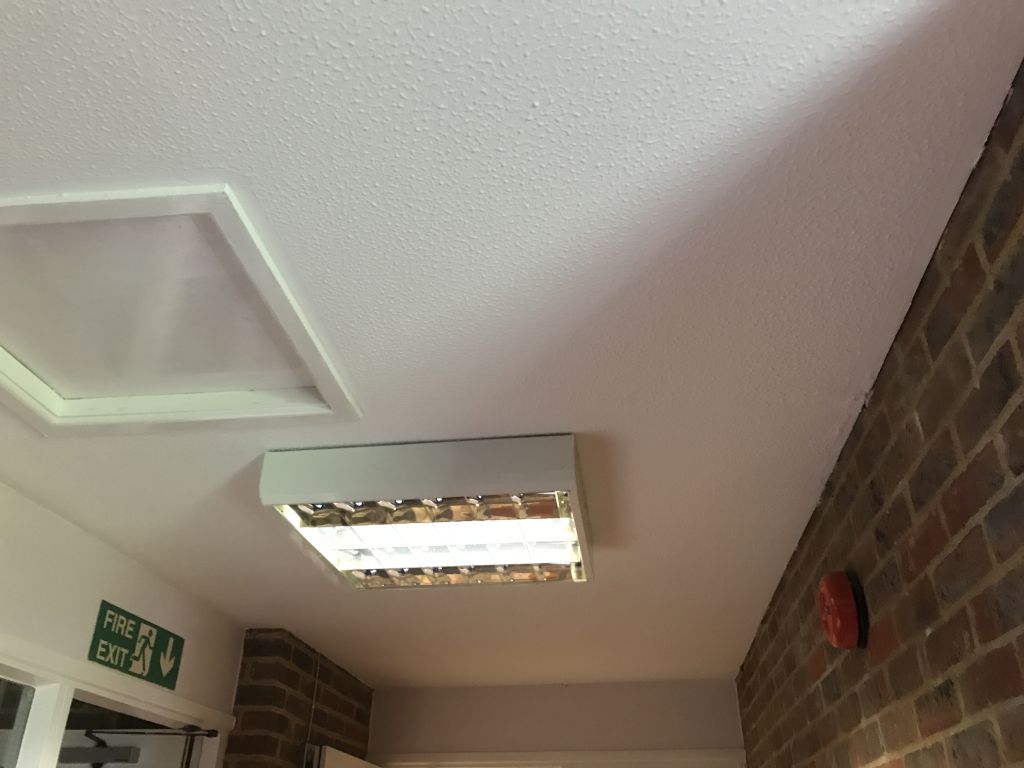 The effects of asbestos on health

Asbestos is still the biggest ‘work related’ cause of death in the UK each year, with over 5000 people dying from its effects.

Mesothelioma and Asbestosis are the two major causes of death, and these are caused by breathing in asbestos fibres that have generally been disturbed by you, or those around you.

Contractors are most likely to be the ones affected by asbestos due to the destructive nature of some of their work when refurbishing property.

Asbestos in buildings and property is generally very common, and we here at RB Asbestos Consultants can help with advice, asbestos awareness training, surveys etc.

So if you are in need of any advice, surveys or training, then please get in touch via our contact form or give us a call on 0800 141 2676 and we can guide you through the process.

We don’t remove asbestos to avoid any conflicts of interest, but we can assist with this process also should it be a requirement.