Anyone who remembers the 1939 film version of The Wizard of Oz probably recalls a scene in which Dorothy and her companions, having been placed under a sleep spell by the Wicked Witch, began getting snowed on while lying unconscious in the poppy field.

Similarly, a film from that era, Holiday Inn, showed singer Bing Crosby in the final scene with snow falling all around as he sang the popular Irving Berlin song White Christmas.

The snow effects in both cases were 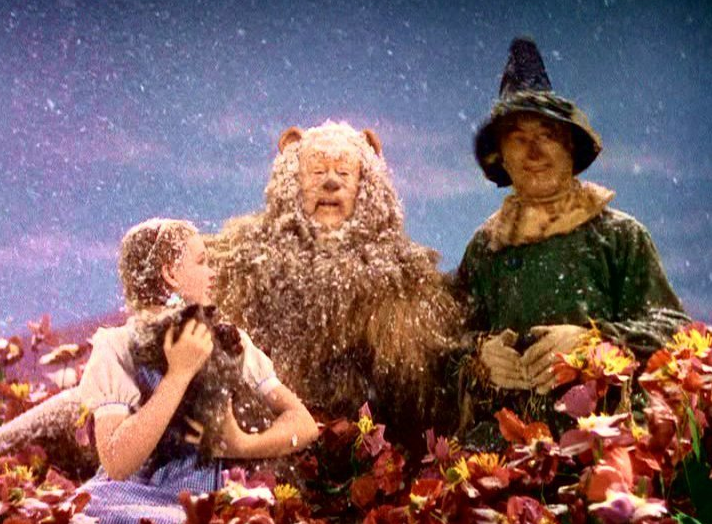 created by showering the performers with chrysotile asbestos fibres, which resembles snow and was often used in those days not only on movie sets and in theatres, but in department store displays and even private homes.

From the mid-1930s through the 1950s, asbestos was seen as a very versatile and harmless substance. It was also very cheap!

Asbestos snow production ended during the outbreak of World War 2 as the material was needed for ships, planes and other military applications due to the substances fire resistance.

Although none of the actors in “The Wizard of Oz” are known to have died from any cause related to asbestos, it is sadly worth noting that Jack Haley, Jr., an award-winning director and producer and the son of Jack Haley who played the Tin Man, is reported to have developed “respiratory failure” and died at age 67 in 2001. Could it have been mesothelioma from asbestos dust unknowingly brought home by his father during the filming of “The Wizard of Oz”? We’ll never know.

RB Asbestos Consultants provide a complete offering of asbestos services in the UK.